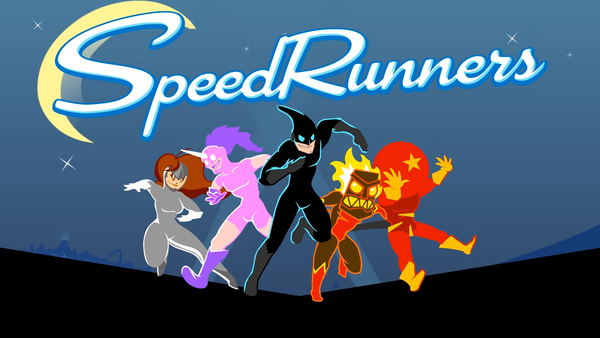 These characters can be unlocked by collecting XP points:

These characters can be bought on the Steam store, and cannot be unlocked. They are split into two packs:

Markiplier - He wears a Black & Red outfit with an "M" in the center. This character also has a Pink Mustache.

PeanutButterGamer - Wears an outfit similar to Toon Link from the "The Legend of Zelda" series.

UberHaxorNova - Wears a grey jacket and has a short, pink hairdo.

Jesse Cox - Wears an orange and purple costume with wings.

PewDiePie - Wears a crown, headphones and a pink outfit.

Strippin - Wears a tiara and a princess costume.

CinnamonToastKen - Wears a bear headdress. Doesn't have an upper costume.

Dodger - Wears a costume based from a fox.

Showtime - Wears a sunglasses and a white outfit.

Cannon Fyodor - Wears a eyepatch, a helmet and a white shirt.

Diamond Diva - Wears a diva costume, her face is makeup in black and white.

These characters can be played by typing in their respective commands on the character select screen (case insensitive):

Goat - The goat from "Goat Simulator". Command: /baaaahhh!!! (not accessible)

QWOP - The character from "QWOP" the game. Command: /qwop (not accessible)

PewDuckPie - A duck in a barrel. Command: /pewduckpie (was only accessible by certain people) [citation needed]. 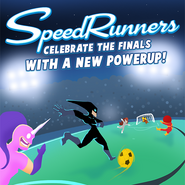 A Happy Holidays 2014 postcard by Lerika, one of the game's artists.
Community content is available under CC-BY-SA unless otherwise noted.
Advertisement